The article on N&L’s website, “Massage parlor killings were a racist femicide” by Terry Moon, is closer to getting to what the March 16 massacre in Atlanta was than anything else I have seen or heard. I am a proponent of the use of the term femicide as I believe that it more accurately describes the killing of women as a worldwide phenomenon that can be found in all cultures. I was lucky enough to be acquainted with Diana Russell, so I learned to understand the term. So thank Ms. Moon for using it and using it correctly.

Thanks for your powerful piece on racist femicide posted on the website. Yes, perhaps Asians were targeted, but much more likely Asian women were targeted, though pointing out they were Asian is important, because there is a hell of a lot a racism against Asians these days. Too much femicide is simply “accepted.”

“Massage parlor killings were a racist femicide” was written the morning after the massacre. Since then, there have been good and bad developments. The police officer in Atlanta who said the killer “was having a bad day” had previously worn an anti-Asian T-shirt and it was seen on social media! As Moon states, the mainstream media downplay the femicide aspect and stress anti-Asian racism, as if it is separate from both femicide and anti-Blackness. But I am also hearing of support from Black and Palestinian groups for the victims.

The killer’s denial of anti-Asian and anti-woman motives has been treated with astounding sympathy by police and politicians. If we took his words seriously, his claim that he was removing temptation was in fact a threat to kill every woman that he encounters.

Violence against women is ubiquitous and endemic, but I’m optimistic because it is recognized, even as the growth is terrifying. My frustrations for many years have been because I had been a witness where I could not intervene. At 94 years I’ve seen a change as our consciousness grows; at least we have the idea, and see the oppression of women as part of the total fabric of our life as a human species.

Re: “Women from India to the USA fight against misogynist violence“ (March-April N&L). Here in Australia women are rising up, following rape allegations by Brittany Higgins, a Liberal Party staffer who claimed she was raped by a fellow staffer in March 2019 in the Parliament House, Canberra, office of her employer, the Minister of Defence. After much hesitation, Ms Higgins publicly aired these allegations in February 2021.

This predictably prompted much airing of complaints by women Members of Parliament and female staffers about widespread patriarchy and sexism in the Federal Parliament. Discussion of these and related incidents continue to dominate the media here.

What started with Brittany Higgins’s rape allegation has resulted in renewed discussions of these issues, and has forged a movement which in March 2021 resulted in a massive upsurge of an estimated 100,000 women and their supporters demonstrating across Australian cities and towns against patriarchy, sexist attitudes, and crimes against women in society at large.

What really pissed me off is that those defending Derek Chauvin tried to use as an excuse that George Floyd died because of bad health and because he was using drugs. With that logic, everyone that the police abuse would have to be 100% healthy and drug free when, in fact, most people are not 100% healthy or drug free. Most likely they have some problems. Police should assume that people are not in the best shape. When they say they cannot breathe, you should believe them. But beyond that, we’ve seen police throw pregnant women to the ground, push 75-year-old men so they fall backwards and crack their heads on the sidewalk and then just walk away. Clearly, at least some of them don’t give a damn if someone is ill or not.

The other day it was amazing to me to see how many “Black Lives Matter” signs were up in what I know to be predominantly white neighborhoods. Additionally, I saw what is going on in Chicago, and then another killing of a Black kid in Minnesota. More and more people that I talk to, normally conservative Black folks, are now nearly shouting that enough is enough and proposing changes in a variety of ways. Black folks, especially those directly affected by the negative impact of the criminal (in)justice system on all levels, from law enforcement in the communities to how Blacks are disproportionately treated when it comes to confinement and releases, are fed up. When you see staunch conservative Black community members becoming activists and advocates for change, you know that the world is never going to be the same.

Civil liberties are under threat again: 84 anti-protesting laws have been proposed or passed—including immunity for drivers who drive into protests and injure or murder protesters—largely in Republican-controlled states! Many Republican lawmakers don’t really believe in the right to assemble, but do believe in murder, as long as the correct people (think minorities, even white folks who really believe in freedom) get murdered. Do their Republican constituents really believe in Constitutional rights?

We can’t let up fighting for elections, despite their limitations. Right now there are hundreds of bills in Republican-controlled state legislatures limiting voting access. These guys are working as hard so they can make voting harder. It’s important to recognize Stacey Abrams’s leadership in 2020 and going forward. 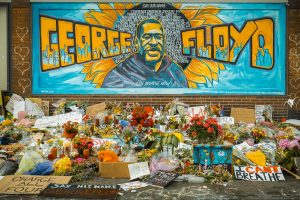 Black Lives Matter is so much more mature. In the 1960s we fought police brutality and asked for more minority officers and Civilian Review Boards. But that didn’t change systemic racism. BLM is addressing systemic racism but there is still not enough attention to the shift in ideas.

When I read that Trayvon Martin was murdered almost a decade ago, it hit hard. The instant thought was that he would have been 27 now, he would have had the opportunity to grow up, to continue his life in a new realm. All that potential destroyed in—literally—seconds. I’m glad that, at the very least, his name has not been forgotten and the anger at his unnecessary death still motivates us to fight for freedom and an end to racism.

Amazon workers worldwide have expressed solidarity with Bessemer, Ala., workers. A solidarity strike at a warehouse in Italy declared “From Piacenza to Alabama—One Big Union.” The Italian strike focused on supporting delivery workers, who, as in the U.S., work for subcontractors. U.S. workers report being forced to “pee in a bottle” to make their quotas. An Italian worker described their condition: “We are held hostage by an algorithm which calculates daily routes for us and demands an average of 140 deliveries during an eight-hour shift.” His sign read “We are not packages” (Financial Times, “Amazon protest fires up Italy’s gig economy fight,” April 7, 2021). Whether in a 2018 strike staged by thousands of European Amazon workers in four countries on Black Friday or at Bessemer today, workers declared, “We are not robots!” Workers asserting their humanity are challenging the foundation of the capital/labor relation.

I was pleased to see that the March-April issue of N&L ran an excerpt of a statement marking the fifth year since Berta Cáceres was murdered in Honduras for her tireless defense of Indigenous Lenca land. This land is still threatened, especially by the hydroelectric industry and other corporate interests allied to the Honduran government and the U.S. Department of State. Also under attack is the people’s striving for democracy, and Berta Cáceres was deeply involved in Honduran pro-democracy movements opposing the U.S.-supported military coup in June 2009. When watching her speeches online, and when I happened once to be in her presence in February 2012, I was always impressed by how she would not hesitate to vocalize the self-determination of women and LGBT people as integral to her work with the Indigenous organization COPINH.

“Masses resist Burma’s murderous coup” (March-April N&L) is really well done in bringing out the mass movement, the beginnings of solidarity with minorities and dissatisfaction with the National League for Democracy and Aung San Suu Kyi. I will look for websites and pages to share this editorial with the movement.

THE EMPIRE STRIKES OUT

The planned U.S. withdrawal from Afghanistan highlights how a generation of politicians turned U.S. strength into weakness, which was so glaring in Trump’s reign. The Bush-Cheney-Rumsfeld administration’s imperial overreach was emboldened when 9/11 handed them the opportunity to invade Afghanistan. That invasion quickly shifted from subduing Al Qaeda to trying to annex the country, the region, and the Middle East to a U.S.-dominated capitalist-imperialist new world order. They were drunk on the imperial delusion that the U.S. could remake the world based solely on its military and economic might. That’s why the “logical” but catastrophic next step was to invade Iraq, which had nothing to do with 9/11.

The France support committee for Maâti Monjib learned with joy and relief of his provisional release on March 23. (See “Support Maâti Monjib, who is on hunger strike!” N&L website, March 15.) The historian, journalist and human rights activist had been on hunger strike for 19 days to denounce his arbitrary arrest in Morocco. The committee is delighted with this first victory in this struggle led by Maâti Monjib, his family, friends, activists and support committees. He thanked all those who gave their massive support by participating in the actions launched by the France committee. The committee specifies that the fight for justice and truth is not over until Maâti Monjib is cleared of all charges and as long as journalists and citizens are detained for their opinions. We will still need everyone’s support! We remain mobilized and united.

← On the 150th Anniversary of the Paris Commune
Essay: Marx’s Humanism under Marxology’s knife →
This work is licensed under a Creative Commons Attribution-ShareAlike 4.0 International License