Bosnian Americans gathered in front of the Bosnian Consulate in Chicago on July 11 for a vigil on the 20th anniversary of the Srebrenica massacre. More than a hundred people were there to remember the 8,500 men and boys in Srebrenica slaughtered by Serb chauvinist forces under NATO “protection” in 1995, but also to let the world know. Participants displayed banners and signs like “Genocidal ‘Serb Republic’ is a shame for Europe,” while other Bosnians handed out leaflets for the July 27 Srebrenica commemoration by Chicago News and Letters. They treated N&L, publisher of Bosnia-Herzegovina: Achilles Heel of Western Civilization, warmly as participants in the vigil and march.

“Twenty years after Srebrenica: A Women’s Court demands justice” (July-Aug. N&L) takes up an extraordinary event, the Women’s Court, that took 20 years to bring into being and whose very process showed that the fascists failed to destroy the unity of a multiethnic society. In that war of annihilation against a civilian population, what happened to women and girls was unprecedented. Women and girls were not only considered “spoils of war”; the rape of women and girls in Bosnia and Herzegovina was a deliberate tactic. Men were ordered to rape and murder women brutally and publicly. The purpose was to destroy each individual family and an entire culture and way of life. It is necessary to make a category of both the oppression and the revolt of women—in activity and in thought—if we are to uproot this sexist, racist, militaristic, capitalist society. 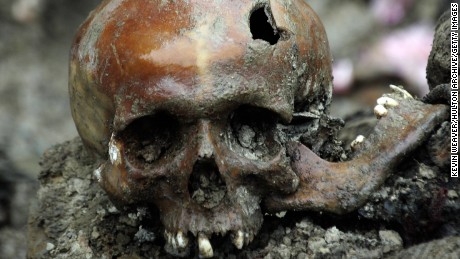 In my view, “Refugees risk death fleeing war, terror and climate chaos” (July-Aug. N&L) lacks stressing the concept of immigrants and refugees as revolutionary subjects. There are some elements there, like the demonstrations and hunger strikes of Africans at the Italy/France border and how this challenges capitalism. However, the concept needs to be more stressed and developed since the focus of the article make us think of the refugees more as “victims” than as subjects. This would pose the self-development of an important revolutionary subjectivity, just as N&L does every issue, letting us hear the voices of prisoners as a form in itself of theory.

“Refugees risk death fleeing war, terror and climate chaos” takes up the growing fascistic undertow of narrow nationalism in the face of the continuing crisis under the regime of global capital. The Italian Prime Minister’s invocation of Srebrenica showed how that moment has been etched into European consciousness. New facts are coming out about how all sides knew exactly what was going to happen and did nothing, including the Dutch peacekeepers charged by the UN with protecting Srebrenica as a safe haven.

I was surprised and encouraged by what family members in Chattanooga, Tenn., told me about the reaction to the gunning down of four marines and a sailor by Muhammad Youssef Abdulazeez. They told me that the city was on lockdown and there was a no-fly zone over Hamilton County, but there was no outburst of anti-Muslim sentiment, as there had been in other places. A huge interfaith service at the Olivet Baptist Church was attended by scores of Muslims as well as Christians and Jews. People from almost all of the area’s congregations mingled and shared thoughts. The way the city came together showed a deep striving for a better world by the masses, and is a sign of how the South is changing. We are happy to get rid of the “stars and bars,” a flag of the deepest treason as well as racism, though it is sad that it took a tragedy to bury it.

President Obama could give our nation a great civics lesson if he were to point out that this country’s mass incarceration of 2.5 million and blatantly discriminatory drug laws could be seen as another racist reaction to the Civil Rights Movement.

Since 2002, the Southern Rural Black Women’s Initiative for Social and Economic Justice, a collective of women leaders across Mississippi, Alabama and Georgia, has worked to end racist, gender, class, cultural, economic, medical and religious barriers facing Black women and families in rural, impoverished areas. Their recently released report, “Unequal Lives; the State of Black Women and Families in the Rural South,” shows that on nearly every social indicator of well-being, Black women, girls and children in the rural South rank low or last. The report’s recommendations include addressing the extreme lack of funding for rural nonprofits and institutions, creating targeted programs, comprehensive sex education, and “alternative economic models” of worker-owned businesses. Let’s do that!

It is scary how many news commentators are laughing at Donald Trump’s plan to deport U.S. citizens born of Mexican immigrants and to end birthright citizenship, because that would violate the 14th Amendment. Other Republican candidates immediately brought those unconstitutional, racist, fringe schemes into the mainstream, saying “Me too.” If the next demagogue claims a popular mandate to deport toddlers with citizenship, it is no stretch to find a need to deport all descendants of ex-slaves who became citizens with the 14th Amendment. Look at the Muslim Rohingya: in Burma for generations, they are now denied citizenship, dispossessed and attacked by troops and mobs. Take seriously and push back against Trump’s threats.

AFTER CECIL, PEOPLE ARE NEXT

I am glad to see the public outrage regarding trophy hunting after the actions of a U.S. hunter who killed a well-known and loved lion in Zimbabwe. Casual violence to animals, and trophy hunting is an extreme form of it, often leads to casual violence to humans. I am surprised that more people don’t get this and trivialize what happened to Cecil the Lion. The underlying issue is a disregard for life in general, and the outrage over cruelty to animals is a gateway to confronting the disregard for human life including especially violence to children and minorities.

“Chicago teachers prepare to strike” (July-Aug. N&L) correctly, and unfortunately, identifies Illinois Gov. Rauner as “holding the poor and workers hostage to extort passage of his union-busting bills.” Rauner has made stricter eligibility rules for the Childcare Assistance Program (CAP) for working mothers. About 90% of new applicants will not qualify. This is separate from the budget struggle. Rauner is the exact opposite of those who seek a world built on truly human relations: he doesn’t care about helping poor mothers to get and stay on their feet, to support their families and get off welfare, he doesn’t care about children. He is not the “warrior for our children” his wife Diana said he would be. Rauner is a warrior against our children.

Hooray for the Chicago Teachers’ Union, whose ongoing battles against state and corporate school privatization and their own working conditions is unseparated from “the schools our children deserve!” Unfortunately the Detroit Federation of Teachers (DFT) has learned nothing from Chicago. Its newly elected president, Steve Conn, has been recalled and is fighting for reinstatement instead of “the schools Detroit children deserve.” Conn’s election reflected the desperate hunger for change within the union. The Detroit Public Schools are battered by a hemorrhaging student population and a massive increase in charter schools. Conn refuses to listen to anyone else, including his own members. Meanwhile, Detroit children are cheated—like the fifth-grader who needs his fingers to add 3+4 and is nevertheless passed to the sixth grade.

Recently I was unable to get through by phone to my local Walgreens. I went to pick up a prescription at 6:45 PM on a Friday, to find one pharmacist and one assistant working. The assistant explained that when three nearby Walgreens had closed, all the customers were sent to their store, and consequently call volumes were extremely heavy. The assistant has to run back and forth from the drive-up window to the counter. They had received my prescription an hour before I came in but I had to wait another 25 minutes for it to be prepared. Everyone I told about this had similar experiences at their pharmacies. Walgreens is making more money with less people but both their customers and workers have to pay.

There have been takeovers of little drug stores by CVS, Walgreens and Rite-Aid since the Tax Increment Financing (TIF) agreements in Chicago were corrupted by chain drugstores. The “agreement” was that TIF money would be used to support local businesses, but lo and behold, local drugstores found they could not compete with the chains, who mysteriously had an infusion of cash from the city. The jobs promised are disappearing and the big drugstores are pocketing the difference.