Faruq (“Voices from the Inside Out: Ferguson, Mo., at Three,” Nov.-Dec. 2017 N&L) poses a crucial question: “Can Black Lives Matter…develop philosophically, and thereby become capable of generating something beyond a national discussion of U.S. racism?” Faruq is pointing out that, as needed and great as it is, BLM would develop much more by having philosophy as its ground. Then Faruq asks four prisoners about their views on BLM. Both dimensions merged as one: a philosophic (dialectical) body of ideas as its nucleus, and the voices and actions of subjects fighting for freedom, constitute the concrete totality of Marxist-Humanism. It is a revolutionary methodology for social uprooting.

Right after the hurricanes (“Puerto Ricans Suffer as Donald Trump Plays to His Racist Base,” Nov.-Dec. 2017 N&L), President Trump was happy to repeat the ridiculously low official death count of less than 65 for Puerto Rico. When it came out that actually over 1,000 people were killed by the storm or its aftermath, some from the disruption of medical services by loss of power, he was just as happy to never mention it again. The mass media moved on. Nearly 40% of the main island still lacks power. Many people still lack medical care, clean water or adequate housing. But what does a racist president care? Better to refuse aid and keep denying that climate change played a part.

Trump is dissing Haiti and Africa. The reason Haiti is so poor is a direct result of U.S. interference in its affairs for over 100 years.

Colorado has the harshest anti-immigrant laws. We need organizations to support and help us as humans. I was detained three times. I pay taxes—the President doesn’t. Who is more criminal? Soy inmigrante, pero no soy ilegal. (I am an immigrant but not illegal.)

At Martin Luther King Day in Detroit I heard the same rhetoric I’ve heard so many times that only convinces those who believe it. Freedom Rider Dr. Bernard Lafayette’s talk was his experiences in actual struggle and how he felt, which I missed from other speakers. Where does one go? In the Civil Rights Movement we had a sense of what needed to be done and where we were going. A genuine revolution can’t be organized: it’s something you have to prepare for and be lucky enough to be in the right place at the right time.

Nikki Haley made me sick saying that we can’t be silent about the demonstrators in Iran and how the U.S. will support them. This at the same time the Trump administration’s so-called Justice Department is trying to jail and criminalize hundreds of peaceful protestors who marched against Trump’s inauguration and got caught up in the police riot. Prosecutors are trying to paint nurses and reporters as “terrorists” because they were there, because they wore dark clothes, because Trump hates them. If it’s injustice Haley is concerned about, she can start by looking in her own backyard. But then Haley doesn’t really care about injustice at all.

To show the lengths Trump will go in order to kowtow to every whim of his racist, sexist, capitalistic base, one of his latest outrages is that his (anti-)Labor Department proposed rescinding another Obama-era rule mandating that tips belong to the servers so restaurant owners cannot steal them. Of course most servers are women. Many make less than $10/hr, partly because the rationale has always been that they get tips! But since the National Restaurant Association lobbied for this takeaway from the poor, Trump wants to deliver. 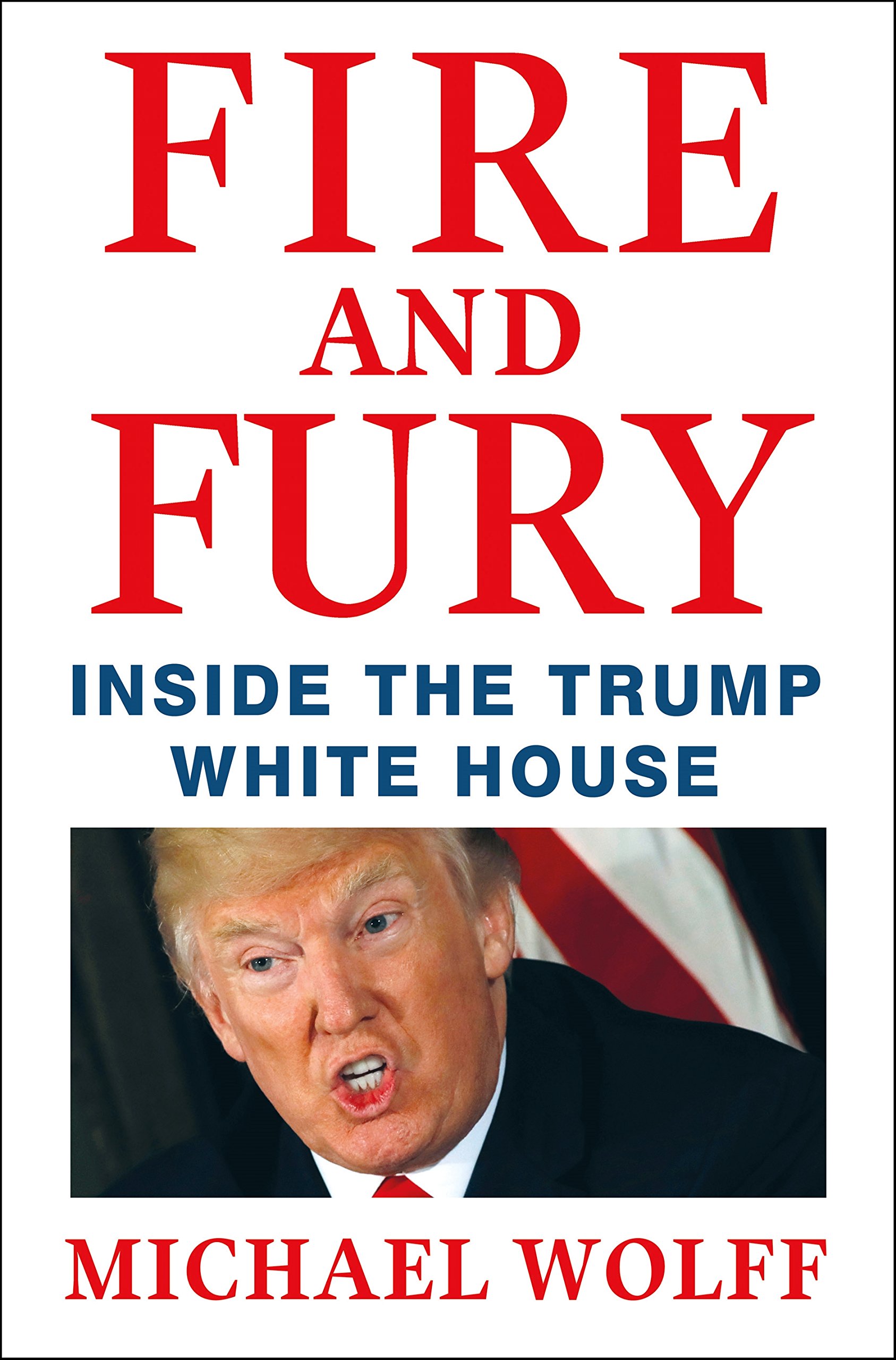 Our Johnny-come-lately president Donald Trump proclaimed himself a “stable genius” in response to criticism of him in the book Fire and Fury by Michael Wolff. Trump, born with a silver spoon in his mouth, and other members of his ruling class see capitalism as the be-all and end-all of everything. But they have gold-plated blinders on and this is what makes them all idiots. They refuse to see any alternative to corrupt capitalism. Like all proto-fascists, Trump is anti-intellectual, a promoter of the Big Lie; which brings to mind Karl Marx’s admonition of the capitalists of his own time in the 19th century: “The height of their intellect resembles a flat plain.”

The government shutdown is a shame. I used to work at Social Security, and those people need their paychecks. Trump doesn’t care about anyone, and he could be re-elected by people full of hate.

The Trump golf resort in Doonbeg, Ireland, is the epitome of capitalism’s way of managing climate change. While Trump and his lackeys constantly deny climate change, his resort applied for—and got—approval to build sea walls, citing the threat of global warming. Neighbors warned the sea walls would damage the public beach and ecosystem and nearby properties. That’s what the rich and powerful promise for our future: protection for themselves at the expense of everyone else.

The world recently experienced two frightening false missile alerts in Hawaii and Japan. For me, these two false alerts are important warnings to us, the people of the world, that time is running out for us to raise our voices and our hearts—and our highest possible wisdom—in protest of these dangerous preludes to a nuclear holocaust.

As a retired teacher, I suspect that teachers feel really vulnerable if they are without a union in Wisconsin because some percentage of their performance evaluations are incorrectly tied to student test scores. Student test scores do not adequately measure the art of a teacher, and non-union teachers are bereft of protection in this area.

I was devastated to hear of the passing of Chicago antiwar activist Pat Hunt in early December. She was one of

the few people in that movement who had my complete respect. Pat became an activist “late,” in her 40s, in opposition to Bush’s inhuman war in Iraq. In 2004 she founded the Chicago area chapter of Code Pink. Pat was absolutely principled, and deeply compassionate. She was one of the few people in that movement circle who kept faith with the people of Iran in their 2009 uprising. She also fully grasped the evil of the Bashar al-Assad regime and its assault on the Syrian people. Her heart went out to human beings, and had no place or patience for ideologies that justify cruelty. When I broke with most of the “peace” activists here to support the Syrian Revolution, Pat remained a friend. Her health failed, sadly, but her spirit will remain an inspiration to me.

I applaud your memorialization of Judy Tanzawa’s and Dan Perron’s lives. I think this is important. There are many people who are striving for a just world who never got recognized. Their flame goes out and the light they gave is forgotten. Your articles keep the light going and inspire others to continue Judy and Dan’s work. I would like to learn more about Marxist-Humanism.

← Readers’ Views: The Dialectic and the Meaning of the Russian Revolution
Readers’ Views: January-February 2018, Part II →
This work is licensed under a Creative Commons Attribution-ShareAlike 4.0 International License