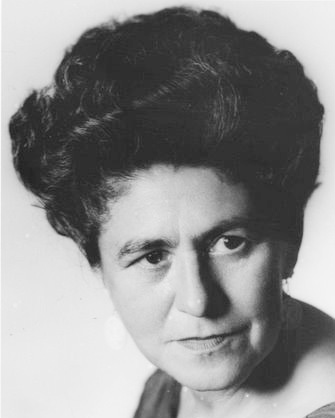 “A Post-World War II View of Marx’s Humanism, 1843-1883; Marxist Humanism, 1950s-1980s” (Sept.-Oct. N&L) shows us Raya Dunayevskaya not only as a revolutionary philosopher in her reading of Marx, but as a philosopher-revolutionary in insisting on Marx’s significance for her day and time. I am not trying to make a play on words. Rather, when she wrote on Marx—be it his Humanist 1844 writings, Capital, the Grundrisse, or a multilinear view of his last decade—she not only gave scholarly, provocative readings of Marx but brought it forward to the post-World War II world she lived in—the Hungarian Revolution and the Montgomery Bus Boycott as revolutionary new beginnings. Perhaps this fusion of revolutionary philosopher with philosopher-revolutionary was as well what she saw as the greatness of Marx, as she showed him as revolutionary activist—Paris Commune, First International, etc.—in unity with being a revolutionary thinker.

YOUTH, CLIMATE AND THE FREEDOM IDEA

Youth enliven all of today’s revolts. In the unfolding apocalypse from human-caused climate change, theirs is a human cry for a future for everyone. Their appeal has gone beyond politics, to a new social humanity. As Greta Thunberg put it, “All political and economic systems have failed but humanity has not yet failed.” The absolute opposite of the ruling capitalist ideology that perpetuates self-alienation is the Idea of freely determining one’s life activity whether with respect to the environment or everyday work life.

The article “Native Americans challenge Line 3” (July-Aug. 2021 N&L) is right on. It mentions President Biden pushing new fossil fuel development. He could have halted the Enbridge Line 3 tar sands pipeline from Canada to the Lake Superior area, but allowed it to continue after he campaigned as an anti-Trump fossil fuel candidate. Climate disaster is fast heading toward the point of no return with the recent Hurricane Ida in Louisiana and more destructive wildfires in the Pacific states.

If the climate crisis could be stopped by blizzards of paper and dramatic declarations of a “code red emergency” by political and corporate eminences, then the world could breathe a sigh of relief.

The massive wildfires now wreaking havoc upon thousands of acres of forests in California are just the beginning of a global climate change catastrophe that will be reaching nightmarish proportions and causing the deaths of many thousands of Californians, and perhaps millions of people worldwide. By that point it will be clear that we wasted precious time and energy in fighting other religious groups and political ideologies instead of working together with all these other groups and nations to reduce and eliminate the global warming that has now gone out of control. We are losing the only real chance of saving our planet and lives by fighting amongst ourselves instead of uniting as one indivisible humanity to solve the immense and quickly escalating peril of global warming. We must act decisively to create genuine global unity before the chance to prevent this worldwide catastrophe passes us by—and we can only curse ourselves and gnash our teeth for being so foolish and missing the opportunity to create a beautiful home on this unique but fragile planet when it was still possible to do so.

Wildfires are part of nature but under climate change they are extreme. Many are followed by mudslides that affect communities. Some wildfires cause power outages. Wildfires in California this year have burned almost 2.5 million acres. They destroy trees, nature’s way of absorbing carbon dioxide and emitting oxygen. The logging industry is a part of capitalist production that has consumed huge numbers of trees. Drought, worsened by climate change and deforestation, also affects farming. In Northern California the wild salmon are in danger of extinction due to depletion of water and competition of agribusiness. The immediate end of fossil fuel production is essential to stop global warming.

The Food and Drug Administration (FDA) FINALLY—after DECADES—just proposed that breast implant manufacturers tell women the complications caused by their product. These “complications” they’ve been hiding for years—aided until now by the FDA—include cancer, additional surgeries, complications increasing over time, lymphoma, fatigue, pain, scarring, leakage, and the list goes on. But even now the proposal is not legally binding, only “guidelines.” What crap! Over 70,000 women had to petition the FDA to require a checklist because doctors can’t be trusted to actually tell women the truth. Too much money is involved to allow women to make educated decisions regarding our own bodies. The criminal time it took to impose this watered-down proposal makes it crystal clear just how little the medical establishment values women’s lives.

Disgusted but not surprised
Chicago

Thank you for giving me the opportunity to receive N&L over the course of the last several years. It has helped define Karl Marx’s unadulterated ideas, vs. U.S. propaganda based upon the Stalinist institution of Fascism.

Once I’m on my feet and have an income coming in, I’ll send y’all a money order. I enjoy reading N&L. We can’t close all prisons unless we have a government takeover. I am doing time in Pennsylvania and it’s a commonwealth state, the laws here are terrible. They don’t have a self-defense law here. One of my friends is doing 27 to 60 years for protecting himself and his girlfriend. I am from Ohio, and I know murderers that also killed their attacker and they are out. Then we all get overcharged with medical visits $5 and $5 every prescription. Don’t catch a bad cold or get real sick, you can’t get no cold tablets—only nasal spray. All the food they bring us is very cold, nothing hot. At this institution the officers don’t care about you. They brought COVID-19 into this place and we get punished for it. Don’t get me wrong: Sometimes the warden tries to do right, but his people below him don’t care!

It helps to understand what true freedom is and what people can do to keep it. As a Federal prison inmate, we have really no freedom here at FCI Manchester KY. I’m dropping to a camp in 11 months. So my struggle will be a little easier. There was no commissary for months, they beat people up, take our TVs, phones and personal property, for any reason. They chain people to beds in the Secure Housing Unit/hole, let you piss and shit yourself. They talk to us like we’re dogs daily. Your newsletter inspires us on this side of the fence/bars. Thank you for the gift.

TO OUR READERS: Can you donate $5 for a prisoner who cannot pay for a subscription to N&L? It will be shared with many others. Prisoners are eligible to continue their free subscriptions when they first get released, a time when the system tries to make them forget the struggle.