Why we print the Draft Perspectives in News & Letters

In 1975 News and Letters Committees printed its Draft Perspectives Thesis in News & Letters for the first time. The organization has continued the practice ever since. What follows is the 1975 explanation of why we decided to take such action and why we continue to do so:

With this special issue News and Letters Committees are breaking totally new ground for the Marxist movement. Publishing the Draft Perspectives Thesis for our coming national gathering directly in the pages of our paper is unprecedented, not only for all other organizations, but even for our own. We do it because our age is in such total crisis, facing a choice between absolute terror or absolute freedom, that a revolutionary organization can no longer allow any separation between theory and practice, philosophy and revolution, workers and intellectuals, “inside” and “outside.” We ask you to join in the discussion of these Perspectives with us. We are not presenting any “pat answers” to the question, “Where Do We Go From Here?” We are raising the questions that demand answers—and we ask you to help us in working them out.

Introduction
I.    Discontent, revolt and reaction in the U.S.
II.   The worldwide war against women
III.  Chinese labor in revolt
IV.  Counter-revolution and revolution in the Middle East and North Africa
V.   Toward organizational new beginnings

The great need for new beginnings is clear from the disintegrative tendencies that world capitalism is displaying at this moment—ecologically, economically, politically. Massive revolts continue to reach for new beginnings but remain incomplete and face counter-revolutionary onslaught on many fronts.

What has happened in the five years since the Arab Spring opened a new worldwide page of freedom? It helped unleash more revolts from West Africa to Europe to the U.S., yet its plight weighs like a nightmare on the minds of humanity. Counter-revolution is exacting a deadly toll, from Syria’s nearly half a million slaughtered under the direction of Bashar al-Assad, to the massacres and mass imprisonments in Egypt over which Abdel Fattah el-Sisi presides, to the chaotic fighting by militias in Libya and Yemen. Rape and enslavement of women are rising as weapons of war from Iraq to South Sudan. 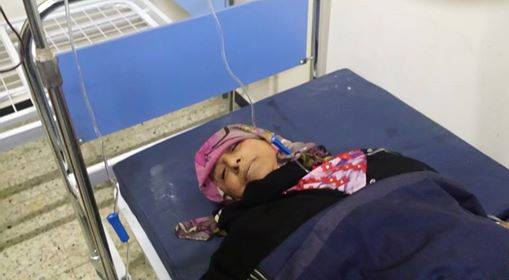 Counter-revolution is coming not only from within each country but from without, as in the U.S.-aided Saudi bombing in Yemen, in the Russian and Iranian bombing and ground assaults in Syria, and in U.S. betrayals of the revolts. The media too play a role when they paint the fighting as a contest essentially between Islamists like ISIS and Al Qaeda and the old repressive establishments, or as if the only important battle is U.S.-Russia vs. ISIS. They systematically hide the liberatory content of mass struggles and the ideas expressed in those struggles, undermining the solidarity that ordinary people feel for their counterparts suffering the brunt of repression. The indispensability of philosophy is shown negatively in this attempt to bury ideas of and struggles for freedom under the ruling ideology—just at the time when the contradictions of these revolutionary uprisings cry out the need for the philosophy of revolution in permanence.

…Continued in Part I. Discontent, revolt and reaction in the U.S.…