The popularity of socialism is growing, and questioning of capitalism is skyrocketing.  But what is socialism, and how do we get there?  What is capitalism, and how do we abolish it?  How do these questions relate to Subjects of revolution, from Black America to Women’s Liberation, from labor to ecological defenders?  And what kinds of philosophy and organization do we need to help us get to a new human society and prevent backsliding to capitalist exploitation, bureaucracy and dictatorship?  This new Marxist-Humanist publication addresses these questions and more. 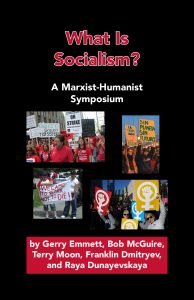 Chapter 1. Socialism and a Philosophy of Revolution
by Gerry Emmett

Chapter 2. Socialism, Labor, and the Black Dimension
by Bob McGuire

Appendix 1. The Paris Commune Illuminates and Deepens the Content of Capital
by Raya Dunayevskaya

Appendix 2. The Humanism and Dialectic of Capital, Volume I, 1867 to 1883
by Raya Dunayevskaya 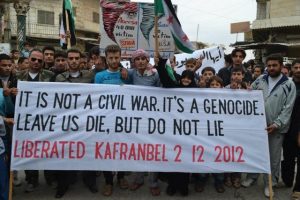 From chapter 1:
The “freely associated labor” that strips away the commodity form is inextricable from the Absolute General Law of accumulation of capital, as well as from the “so-called ‘primitive accumulation’” of slavery and genocide. That inextricability is a philosophic projection of humanism. It is the absolute embodied in the social being.

From chapter 2:
The Marx that put labor at the center of resistance to capitalism and central to revolution intertwined labor in the U.S. with the Black dimension and in England with the Irish. 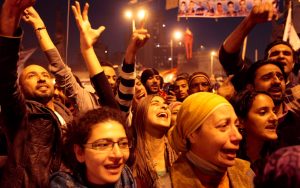 From chapter 3:
How do women fare under socialism? To address that, we cannot look at Russia, China, Cuba, etc. These countries are state-capitalist societies, mostly totalitarian, and the needs of capital rule them. Women in these countries do not do better than women in the U.S. and often fare worse. To see the promise of socialism, we must look at the few times where women have created the freedom to carve out their vision of a free society. Those moments occur during and after revolutions. 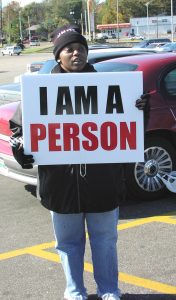 From chapter 4:
There is no path to a new society or away from climate chaos as long as countering climate change is planned at the expense of working people, such as through taxes on consumption, instead of posing the liberation of working people from capitalist exploitation and the release of full human development as the way to break the anti-environmental direction of modern society. And more than “not at the expense” of workers but with workers as thinking and acting subjects of revolt.

Special pre-publication offer until April 30 for only $8, including postage.

Contact us to arrange a special discount for bulk orders of five or more copies for your book club or discussion group.

← Excerpts from the Introduction to the new pamphlet on ‘What Is Socialism?’: Marx’s Humanism, Marxist-Humanism and Socialism
Editorial: Masses resist Burma’s murderous coup →
This work is licensed under a Creative Commons Attribution-ShareAlike 4.0 International License