SOCIALISM AND PHILOSOPHY OF REVOLUTION

“What is socialism?” is addressed by the essay on “Socialism and a Philosophy of Revolution” and by the radio interview in the “From the Writings of Raya Dunayevskaya” column (both in March-April N&L) where she traces the dialectic of women’s liberation in the Russian and Chinese revolutions and women’s resistance to the encroaching dehumanization of parent-child relationships as revolution was transforming into state-capitalism. Gerry Emmett’s essay shows how revolutions since Marx have been defeated as the failure to develop and be guided by a philosophy of liberation allowed them to become transformed as well. Equally important, both articles show socialism as a continuously developing concept and reality. They make it clear that revolution in permanence will be needed.

That radio interview of Dunayevskaya is profound without seeming so. In just talking about the family, what Marx thought of it, what it could be, she creates a picture of a revolution that is so much more than what “socialism” means in today’s world. She stresses that revolution means “We should be very, very open.” The kind of revolution she endeavored to create was one where we have “to create the conditions for everyone to be able to experiment with choices…” She insists that “there is no way we can know the answers beforehand.” And we “must never forget that the revolution in permanence refers to you too, not just to the enemy…” In these simple words she weaved a concept of revolution that is so different, so compelling, that it needs to become a beacon of the revolution that could be and that we should be fighting for.

Dunayevskaya’s interview opens up an important way of thinking about permanent revolution; not alone as a question of continuing revolutionary change beyond reformism, or even breaking fully with bourgeois society. She was arguing that, for Marx, it was a question of the needed revolutionary transformation after the destruction (negation) of capitalism. Her reference to Marx’s Critique of the Gotha Program is significant. Without offering any “blueprint,” Marx indicated in terms of labor what would have to be fully developed to finally leave the chains and prejudices of bourgeois society behind. As important as is the concept of permanent revolution for the overthrow, Dunayevskaya was showing that for Marx permanent revolution was equally necessary during the construction of a new society (the second negation). In Critique of the Gotha Program Marx’s comments were on labor. Dunayevskaya pointed to permanent revolution as needed “after the revolution” for women’s liberation, for the family, indeed for all aspects of humans’ life and labor.

Give Sudan back to the civilians! Hemidti, head of the Rapid Support Forces involved in genocide in Darfur, should have no role in the transitional government. What’s convenient for the U.S. is not what is convenient to us. And to those in the opposition okay with this, what is politically expedient in this case is pure racism.

They imprisoned, tortured and killed our environmentalists in Iran. Now they are arresting flood relief community volunteers in Ahwaz who’ve been building emergency flood protection barriers to save their homes, farmlands, families, communities. The message of the Iranian state is clear: You have no right to care, protect and organize yourselves even under the harshest and most dire conditions. The state is the sole authority. If we are failing at fulfilling our basic jobs and responsibilities, you still cannot become an active citizen. Your responsibility under our authority is to die in silence, despair, hopelessness and isolation. 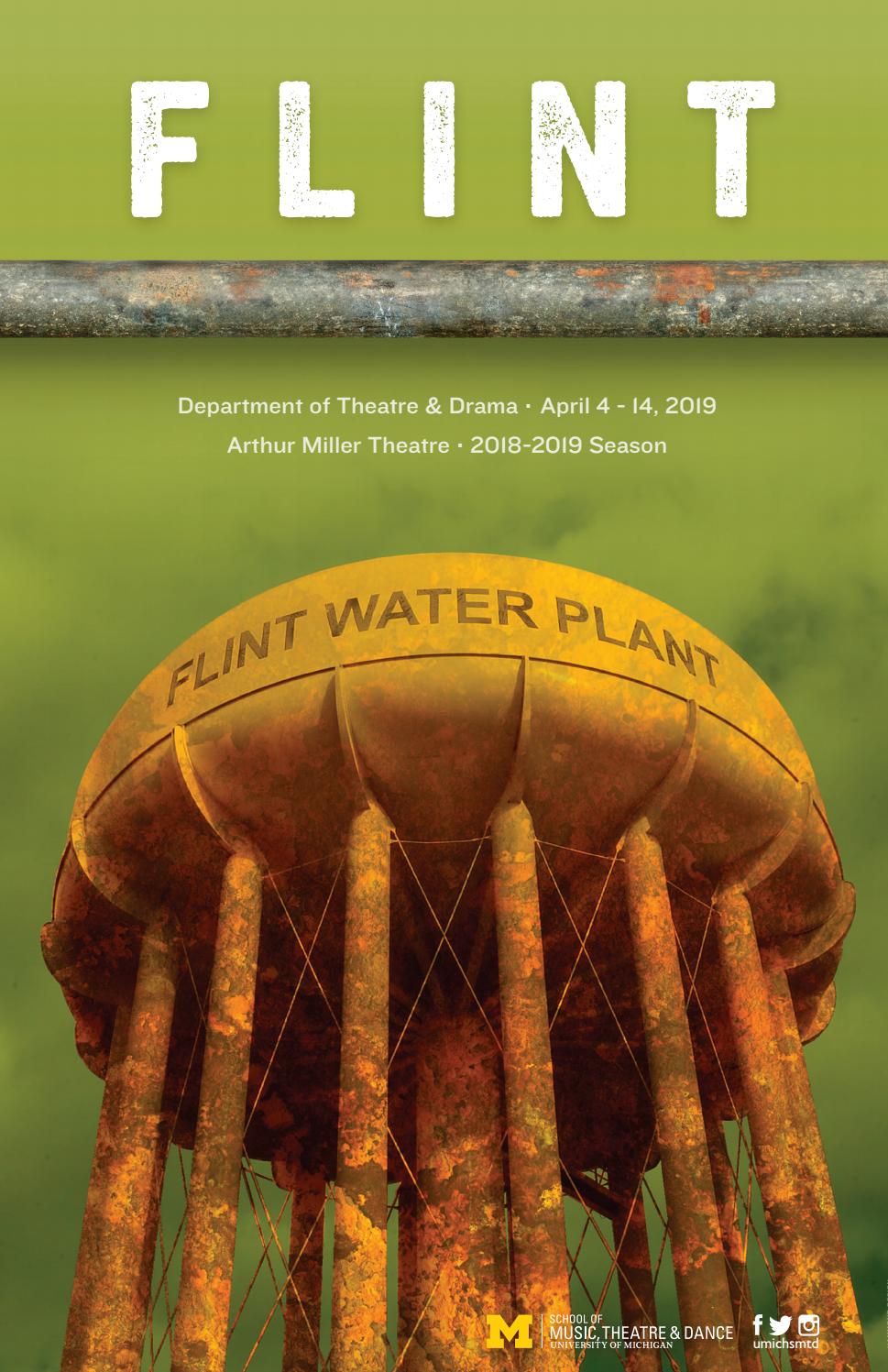 “Flint” is a play by Jose Casas, an assistant professor of theatre and drama at the University of Michigan School of Music, Theatre and Dance. He interviewed over 80 people in Flint and wrote the play based on the interviews and on various speeches by public officials, scientists and engineers. His students acted as fictional Flint residents. The play was performed in Flint on April 16. It centers on the water crisis and there were two video monitors displaying running water and various scenes from Flint. But the play went into far more than that by eliciting “voices from below” about virtually every problem affecting Flint. The play was an attempt to capture the highlights of the interviews and speeches and worked incredibly well.

This is what I heard Casey Douma of the Indigenous Goddess Gang say after hearing about the fire that destroyed the Notre-Dame cathedral: “The concern and dismay is being felt by many around the world. Now imagine that the damage to this historic and religious site were caused by a pipeline running through it, by fracking, or due to development. This shock and dismay is the type of feeling indigenous people feel when our lands and sacred sites are damaged or threatened.”

Your editorial somewhat in favor of gun control was misguided. As Mao observed, “Political power grows out of the barrel of a gun.” The U.S. would be an even more oppressive police state were it not awash in guns. What is needed is to get more weapons out into the hands of the people and not less. This allows the people to defend themselves against the police. A better focus would be on disarming the American police, not the people. Take the guns away from the cops—who are mostly bullies and cowards—save for special armed units, just like in the UK.

Chicago Symphony Orchestra musicians went on strike March 10. The CSO is considered one of the five great orchestras in the world, but its board has been OK with canceling two months of concerts. Instead musicians have performed free concerts around the city. The monied interests behind the board are determined to break the union and dissolve the pension system, even though their own substitute would cost millions more next year. The CSO makes big money from its concerts at the Ravinia Festival each summer, so this might give musicians some leverage in the weeks to come.

Thousands of Los Angeles, Calif., teachers and other school workers strike and march in a steady rain on Jan. 14, 2019. These teachers are from the Sunset Gauntlet school district. Photo: Unite Here

The different and continually arising strikes and other pro-worker events by teachers, nurses, hotel workers, etc., show that people do want freedom and a return to “I will not be treated like garbage anymore.” Thank you, struggling workers, for inspiring me to keep working for liberation!

When the Highlander Institute in Tennessee was burned down, apparently by a white supremacist, I thought about the Taliban (didn’t they destroy an ancient Buddha, among other things?) and other fascist groups’ attempt at a total erasure of a whole group of people, and the U.S. bombing of Iraq that decimated museums and such. I thought about this attack on Highlander as an attack on the idea of freedom, to erase the struggle and its articulated ideas from the earth. It is really sad, and frightening too.

Your writers constantly call Donald Trump “a fascist,” which does a disservice to the truth and, perhaps, a service to actual neofascists who would be flattered by association with them. This is the same propaganda used by “the right” when they called Obama “a socialist.” Fascism is a historical and political movement to which Trump does not belong. Calling him “a fascist” implies strong ideological beliefs which he obviously lacks. Another strange notion I have been detecting. It seems that you are ready to cheer any semi-revolutionary movement around the world as a true Marxist Revolution, be it the Arab Spring, promoted and instructed by Obama’s State Department; or the Syrian uprising, financed by the CIA and led to the creation of ISIS; or Iranian Islamic revolution of 1979, which brought a theocracy to the modern age; not to forget the Hungarian 1956 actually fascist counter-revolutionary uprising.

Editor’s note: What we have written again and again is that Trump has fascist allies, that he enables fascists and their striving for a fascist world order. That is indisputable, no matter how much one wants to quibble about Trump’s inner darkness. But the writer lets the cat out of the bag by aligning himself with the position of Putin, shared by much of the degenerate Left as well as the far Right, that actual revolts and revolutions from below are “fascist” or controlled by the U.S.—everything from the Hungarian Revolution, which brought Marx’s 1844 Humanist Essays onto the historic stage in opposition to totalitarian state-capitalist “Communism,” to the Arab Spring’s spontaneous uprisings that, as always, all sorts of state powers and would-be state powers tried to co-opt. Obviously the phrase “a true Marxist Revolution” came from the writer’s imagination.

It’s hard for me to understand how 20-30% of Americans can still support Trump, with all the recent revelations. He’s taken over the Republican Party. At the recent CPAC Convention he spoke two hours, 22 minutes. He’s a grifter, and a majority of the speakers there were also grifters, there for self-promotion.

If you take a closer look at tough on crime politicians and the prison system, you find it’s all about money. Take Mountain View Correctional Institution. The sewing plant runs a double shift for more profits while they house 110 inmates in blocks designed for 66. Needless to say, it causes many problems. The ventilation is ineffective. The water and waste treatment are overloaded. The provider has cut off service and fined Mountain View. They just set up porta-potties on the yard and it’s business as usual. The North Carolina prison system is just a warehouse of inmate slave labor with no help for inmates in sight.

I did receive the January-February 2019 issue of N&L. But the March-April issue was impounded or censored for a strike report. This is what we stand for. A strike against capitalism and imperialist bastards. With this letter I enclose the impound notification so you know about what the people here are doing to us in prison. I am glad I receive this type of paper and the information in its pages is of most importance to me.

Thank you very much for the subscription. Each copy I receive gets read by the entire laundry department, where I work, and several of the commissary workers, so all told, twenty-plus. That’s a pretty good circulation! My own politics are very socialistic, and I’m always looking to learn more.